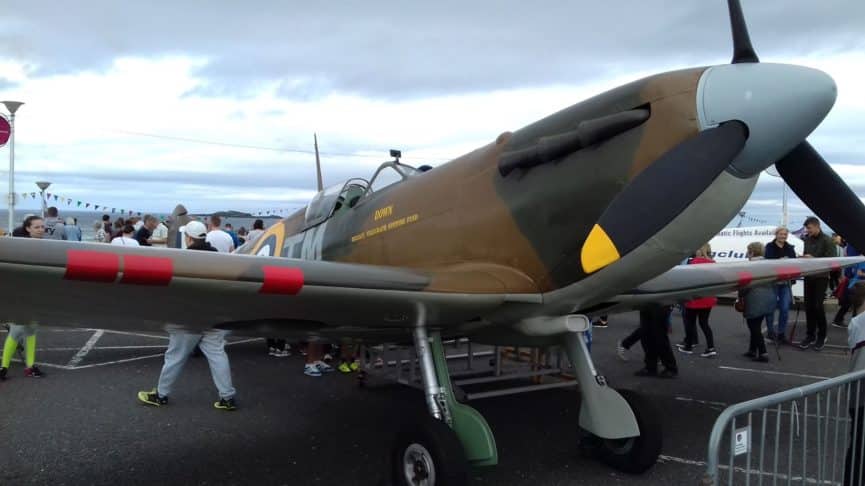 It was the annual airshow at Portrush yesterday. We drove into Coleraine and caught the train into Portrush to avoid the queues of traffic, it worked 🙂 . It’s only a ten minute train journey and on a Sunday it was only £2.30 return.

We arrived (with a bit of a dash from the station to the East Strand) just in time to see the Red Arrows, 20 mins of the spectacular!

Although there was plenty of other stuff on show, Sea-Boat / Bi-plane aerobatics / Gyro-copter and more, the other two highlights, besides the Red Arrows, were unable to show (the low cloud base we think) that was the RAF Falcons and the BBMF. Disappointing because any chance to hear a Merlin engine should be jumped at and when it’s inside a Spitfire or four of them in a Lancaster the hairs on your neck will stand and goosebumps on your arms, even possibly a lump in your throat! 🙂 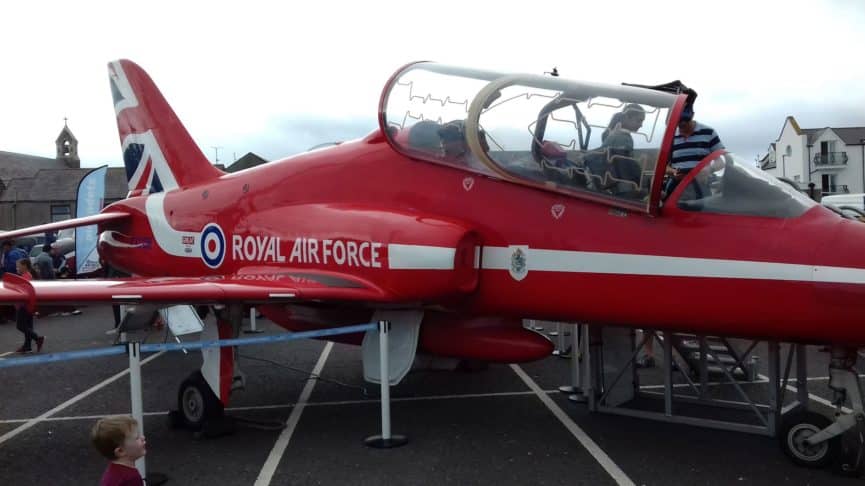 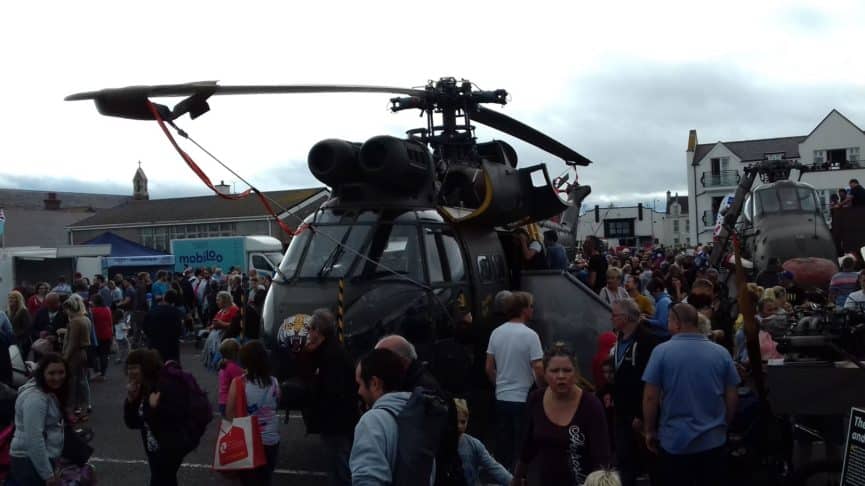 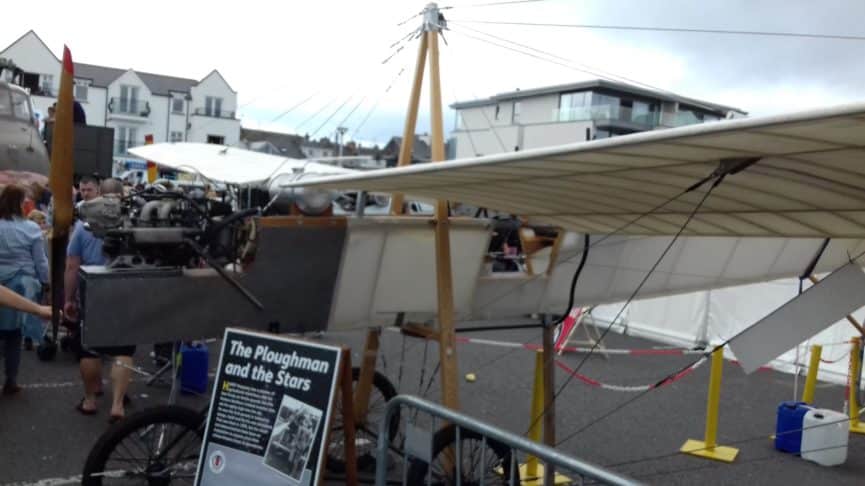 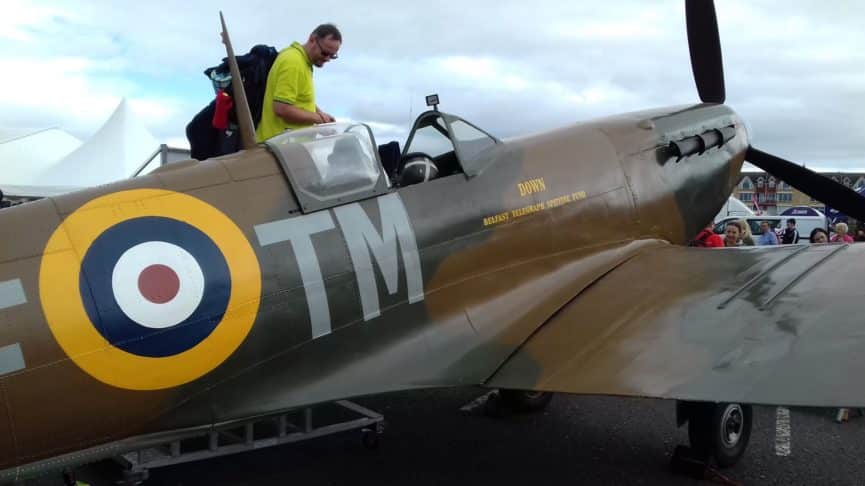 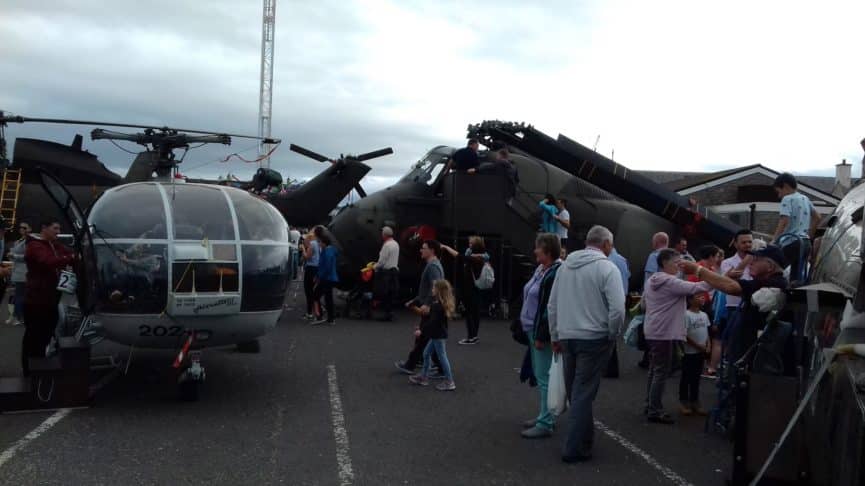 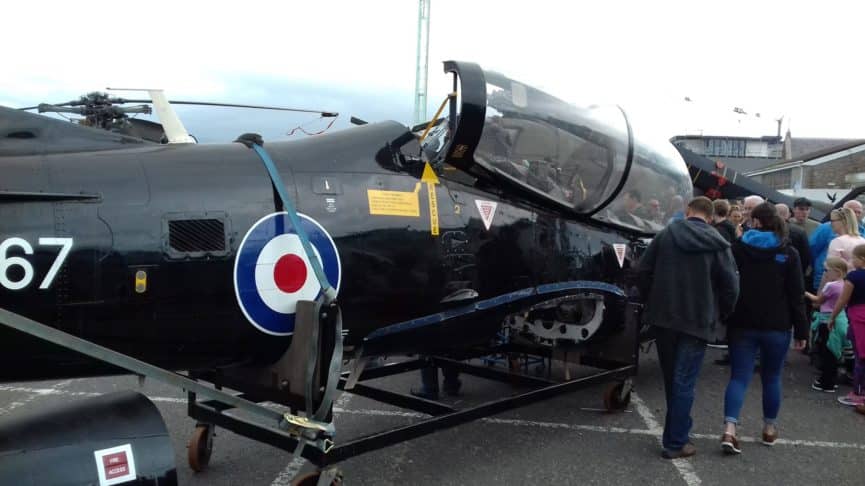 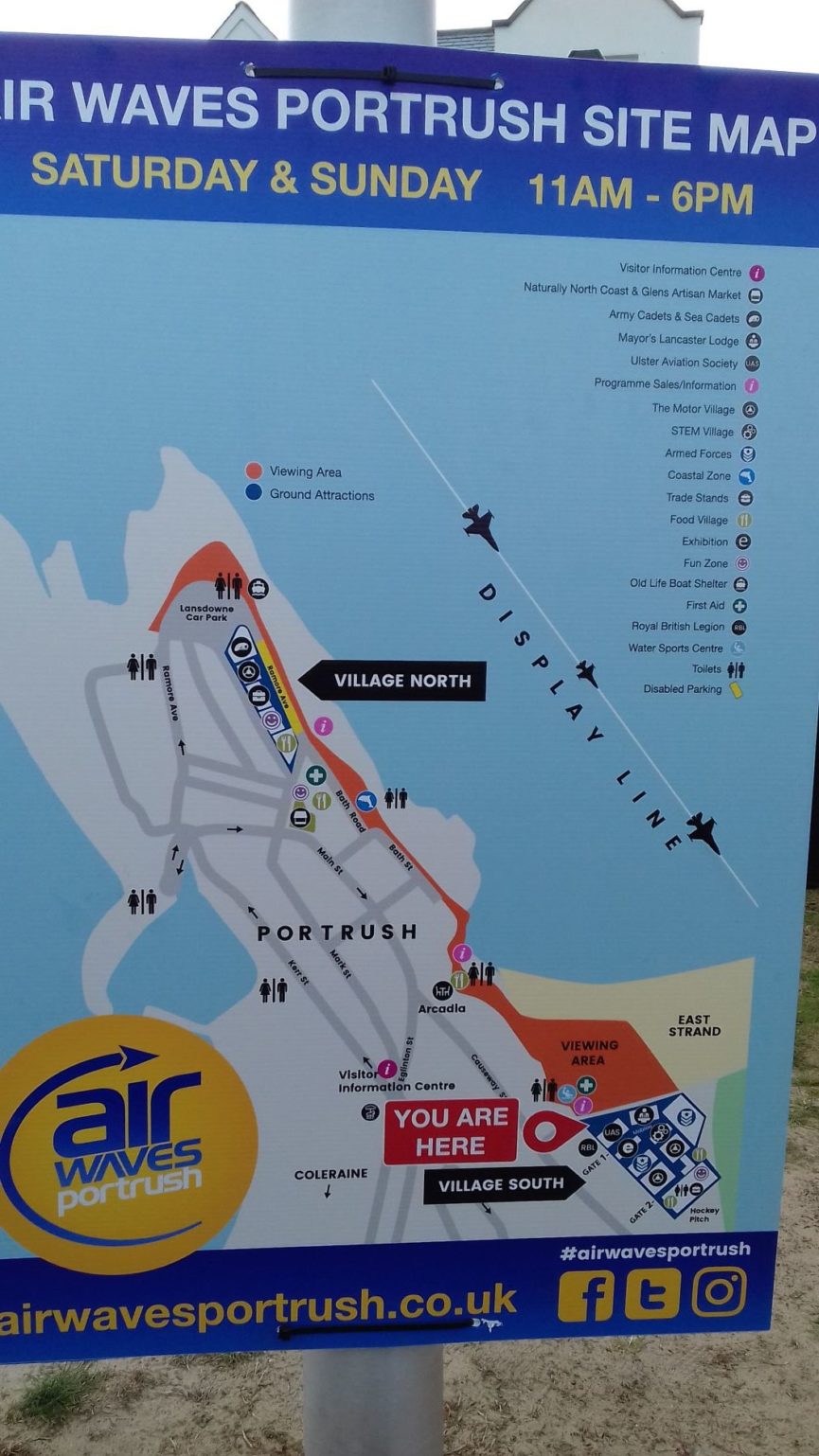 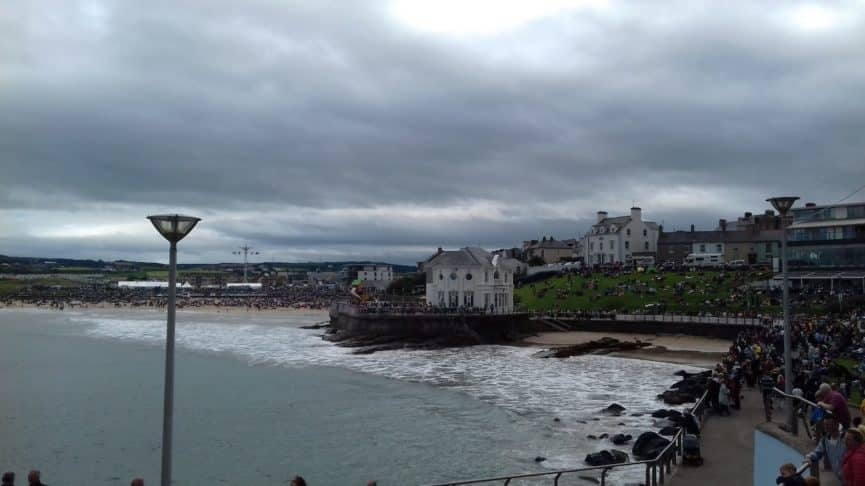 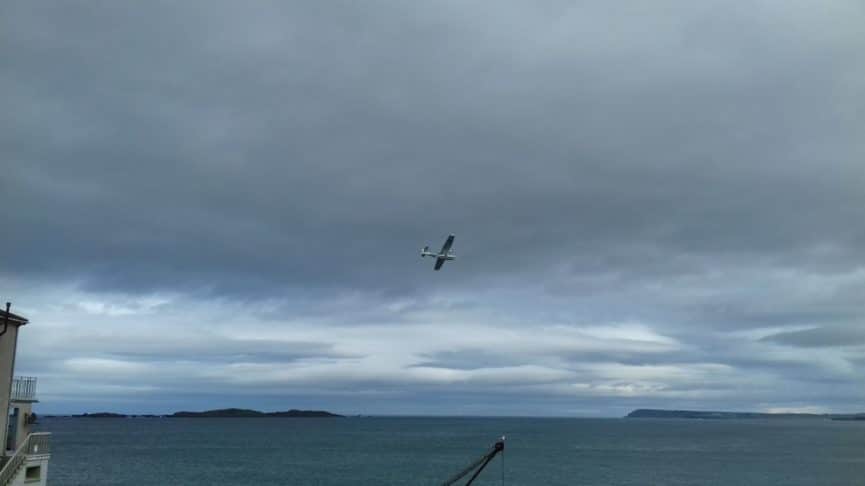